In Boundry Landscapes conference I was chairman of “Reusing war landscapes” session.
This session was conceived as an opportunity to talk about the recurrence of the First World War from unusual and heterogeneous points of view
The appearance of the First World War centenary presented an opportunity to reflect upon the theme of conservation and enhancement not only of surviving artefacts, bibliographical and ethno-anthropological evidence, but also provoked the important issue linking the relationship of these ‘memories' with the territory in which the war events took place. In recent years, the theme of the war landscape has been contested in many conferences, seminars and publications held at the most heterogeneous levels defining what the theoretical outlines are and the practical actions of a way to proceed.
In this session, we questioned the role of the war landscape process and its immediate context, so as to place it in an essentially new perspective that exponentially increases its memory value.
The places where the First World War battles took place were formed to adapt to the associative war-type events, transforming them from the 'fifth stage' of the event to the 'main actor' of the misfortunes and/or fortunes of the event itself. The Italian war infrastructure, the 'entrenched texture' of the Western front, the Maginot line, the atomic defence stations to the Cold War, the abandoned lands for chemical pollution in eastern France, and so forth, have made the war landscape as a technological factor in which the contenders have worked with various studies, projects and modifications to ensure that the tactical advantage is necessary for the final victory.
In this session the expressions and experience related to the relationship of the war landscape were collected, in its complexity, both as a testimonial value tout court and as an intrinsic process of the production of war memory shared by a given cultural context.
Within this session we were confronted with problems related to cultural discussion on the need for Cultural Heritage reuse which otherwise would be destined to transform itself from 'silent witness' to 'mute testimony,' losing all reference with the cultural unconscious that has determined them. If we lose all reference to these stimuli then there are no conservative technical processes able to guarantee their future survival.
This session analyzed the reuse of war landscapes as a fundamental and 'founding' premise of their survival in the dual role of man’s action, witnessing the territory in which it operates as an instrument of action of war events that took place within it. The call for papers is aimed at comparing experiences, projects and architectural designs surrounding the theme of the reuse of war landscapes. 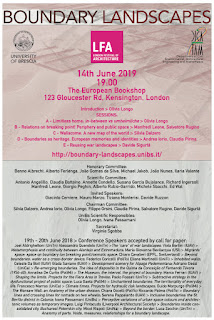 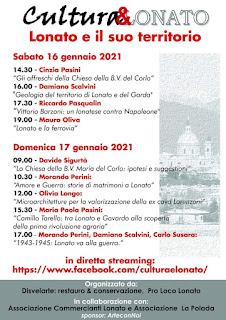